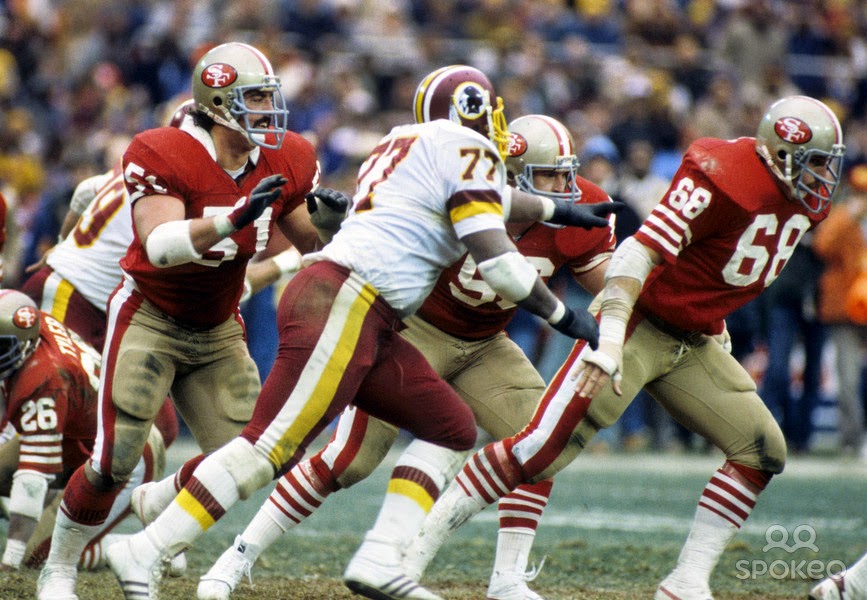 When you're a sports fan(atic), you know that over the course of your life you're going to see your favorite teams/favorite athletes lose more often than they win.  Even if your favorite team is the New York Yankees, and your favorite athlete is Tiger Woods.  Inevitably and inexorably the losses pile up, making it necessary over time to develop defensive mechanisms - "it's only a game," "we'll get 'em next time," "tomorrow is another day."  For most losses, that works.

And then there are what I call the epic losses.  Those are different.

An epic loss haunts you.  During the course of a normal day, when nothing is occupying your time or your attention, you begin to think about it, how things might have gone differently...if just...one/three/five plays had gone differently.  If the Giants could have gotten ONE MORE OUT in the seventh inning.  If the Kings had gotten the rebound.  If Phil Mickelson had left the driver in the bag.  If Roger Craig hadn't fumbled.  If an epic loss is bad enough, you will wake up in the middle of the night, and the first thought that jumps into your head will be the game.  You might see visions of Robert Horry striking a dagger (in the form of a basketball) straight into your heart, and every time the dagger finds its mark.

No doubt about it, yesterday's Green Bay defeat at the hands of the Seattle Seahawks was an epic loss.  And it doesn't matter that Green Bay is one of the storied franchises in all of sports, with a rich championship tradition.  Even with that rich history of success, there's no doubt in my mind that there were hundreds, if not thousands, of Packers fans for whom sleep came slowly last night.  They played the game over in their minds.  Why didn't we go for it on 4th and Goal?  How could we have fallen for that fake field goal?  Why didn't that guy who intercepted Russell Wilson's pass with barely five minutes left in the game keep on running?  What the hell was Mike McCarthy thinking with those play calls?  And why did Brandon Bostick even try to catch the onside kick when he was in there to block?  And how, after looking like Ryan Lindley for nearly the entire game, did Russell Wilson suddenly morph into the next coming of Joe Montana?

That was an epic loss, no doubt.  Here's a few of them that haunted me:

- The "Immaculate Reception" game, Raiders lose to Pittsburgh on the last play of the game, just one of the most famous plays in NFL history.

- 1990 NFC Championship Game.  49ers lose to the New York Giants 15-13 after Roger Craig fumbles on what would have been a game-closing drive.

- 1983 NFC Championship Game.  People forget this game (see above picture), but this one really hurt.  The 49ers were down to the Washington Redskins (in D.C.) 21-0 heading into the fourth quarter, when suddenly Montana got hot, and before you knew it, the game was tied at 21.  You could hear a pin drop at RFK, and there was no way we were going to lose that game.  Until, that is, we suffered three consecutive questionable pass interference calls, enough to put Mark Moseley in range for the winning FG.  Thank you again, Raiders, for kicking the Redskins' ass in the Super Bowl two weeks later.

And of course, Game 4 of the 2002 NBA Western Conference Finals, which was really the NBA Finals that year.  There's a reason Sports Illustrated chose that series as the best playoff series of the entire decade.  Game 7 was decided in overtime, and it was only the third (or fourth) best game of the series.  In fact, you could make an argument that the series closed with four consecutive epic losses.  Unfortunately, the Kings were on the losing end of three of them.  And nothing was ever the same in Sacramento.

So I wish I had some calming and hopeful words today for fans of the Green Bay Packers.  But I don't.  Sorry, but this one is going to hurt for a long, long time.

That is the nature of epic losses.
Posted by Jeff Vaca at 1:47 PM No comments:

Email ThisBlogThis!Share to TwitterShare to FacebookShare to Pinterest
Labels: Sportsball

Every movie I saw for the first time in 2014 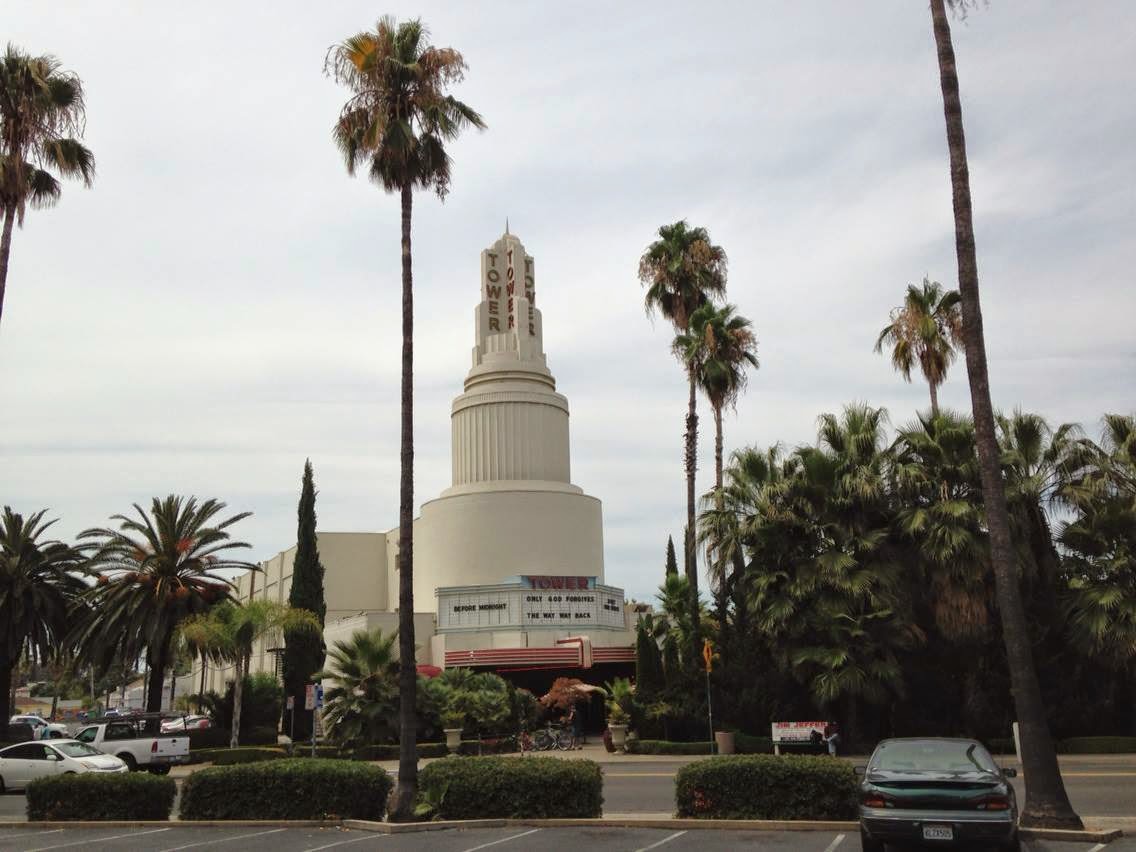 My most highly recommended films are denoted with (**).  But there's a lot of good ones here.

Shame
Much Ado About Nothing**
The Place Beyond the Pines
Blue Jasmine
Hyde Park on Hudson
The Debt**
The Butler
Don Jon
The Lone Ranger
Austenland
Wuthering Heights
Ender's Game
Red 2
The Fifth Estate
Half Nelson
Sapphire (1959)
The Sunset Limited
Rush
Captain Phillips**
God Grew Tired of Us
Dallas Buyers Club**
Saving Mr. Banks
Nebraska**
All is Lost**
Philomena
The Invisible Woman
Frozen
12 Years a Slave**
Mandela: Long Walk to Freedom
Syriana**
The Secret Life of Walter Mitty**
Fruitvale Station**
Coco Before Chanel
Rise of the Planet of the Apes
The Spectacular Now**
The Monuments Men
Jack Ryan: Shadow Recruit
Tim's Vermeer
August: Osage County
3 Days to Kill
In a World...**
Enough Said**
Kill Your Darlings
Almost Famous
The Company You Keep
Only Lovers Left Alive**
The Lego Movie
Noah**
Muppets Most Wanted
The Railway Man**
Persepolis**
Winter's Tale
The Lunchbox**
Obvious Child**
Belle**
The Fault In Our Stars
Becoming Jane
The Grand Budapest Hotel **
Locke**
Non-Stop
Wadjda**
The Book Thief
Starter for 10**
In a Better World
Two Lovers**
Snowpiercer**
Killing Them Softly
12 Angry Men**
The Trip to Italy**
Olympus Has Fallen
Roman Holiday
Miss Pettigrew Lives For a Day
20 Feet from Stardom
Panic Room
Interstellar**
The Company Men
Jiro Dreams of Sushi
Blackfish
Zoolander
To the Wonder
Inside Llewyn Davis**
Her**
The Hunger Games: Catching Fire**
X-Men: Days of Future Past
Captain America: The Winter Soldier**
Edge of Tomorrow**
Dawn of the Planet of the Apes**
Guardians of the Galaxy**
Under the Skin**
Birdman**
Foxcatcher**
Top 5
The Hobbit: Battle of the Five Armies
Posted by Jeff Vaca at 1:19 PM No comments: