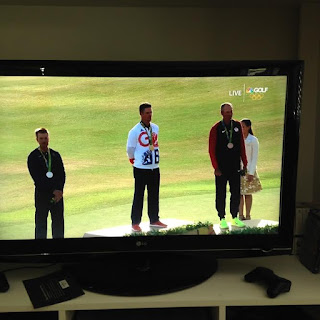 On the face of it, there may not be a sport less suited to "the Olympic ideal" than golf.  But that ideal - the "purity" of amateur athletes competing against each other in a non-political world that only exists in some parallel universe - is long gone, so there was reason enough to suspend one's disbelief and see how things turned out.

Let's start with the bad news - some of the world's very best players decided not to participate, including major champions Jordan Speith, Dustin Johnson and Rory McIlroy.  Not a great start.  A couple of other things hard to overcome: the fact that you can turn on a 4-round golf tournament featuring the world's best players just about every weekend, and the fact that the great tournaments - the Majors, and the handful of other famous tournaments - are played on great golf courses with tradition.  Hard to do when you've adopted the same format, and are playing on a brand new golf course that no one has ever seen (even with notable course architect Gil Hanse having built the course).

But you know what?  Things turned out OK.  The gold and silver went to Justin Rose and Henrik Stenson, both major champions that can easily lay a claim to being one of the best players in the world.  And the bronze was awarded to Matt Kuchar, a great player who is also one of the most popular players on the PGA tour.

What turned the pendulum towards the "aye" side of whether golf should continue to be an Olympic sport was the decorum of the medalists - clearly, they wanted to be there, and the looks on their faces as they examined their medals was something special.  I can't help but think that the famous players who decided to stay home, for whatever reason - might be wistfully wondering what might have been.
Posted by Jeff Vaca at 8:11 PM No comments:

Email ThisBlogThis!Share to TwitterShare to FacebookShare to Pinterest
Labels: Golf 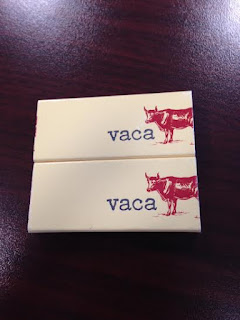 Ten years ago today, I started this here blog called "Stuff Running 'Round My Head."  It wasn't called that at first.  At first it was "Apropos of Nothing," which I think I still like better - but there were too many other blogs with the same name.

I've written about sports, music, TV, music, politics, and a lot of stuff that just popped into my head at some given moment.

I used to post a lot more often than I do now, but the posts today are better than they used to be - or so I like to think.