Reconsider Me - The Great Warren Zevon 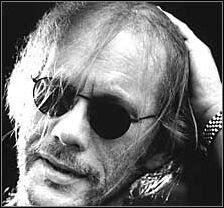 I bought my first Warren Zevon album, Excitable Boy, shortly after it was released in the winter of 1978. Back in those days, I was a slave to the Rolling Stone records review section, a fact that really isn’t as bad as it sounds – in the seventies, under the stewardship of such critical luminaries as Greil Marcus, Jon Landau, Dave Marsh, and Paul Nelson, the RS review section was the best around and a place that you could count on to be honest about the value of a record, even if it was from one of Jann Wenner’s favorites (the pans given to the Stones’ Some Girls and Dylan’s Street-Legal being the most obvious examples).

So when I read the beginning of this review of Excitable Boy (written by the late Paul Nelson), it was a certainty that a trip to Tower Records would soon be in the offing:

Warren Zevon’s Excitable Boy is the best American rock & roll album since Bruce Springsteen’s Born to Run (1975), Neil Young’s Zuma (1976) and Jackson Browne’s The Pretender (1976). If there’s not enough firepower in that statement, let’s cock the hammer on another. Thus far, the Seventies have introduced three major American rock & roll artists—Browne in 1972, Springsteen in 1973 and Zevon—and I have every confidence the music of all three will be even better in the future.

At the time, I agreed completely with Nelson’s assessment of the album, though with time it became clear that it was a flawed masterpiece (if there is such a thing). In fact, “flawed masterpiece” could be applied to nearly all of Zevon’s works – he never made a perfect album, though he came tantalizingly close on several occasions, and the body of his work can stand proudly alongside any that of any artist of the past 30 years.

As his career progressed, it became evident over time that Zevon was not leading a storybook existence – he was an alcoholic, a heavy drug user, and his relationships – well, let’s just say that there was mention of a new significant other in his life in just about every magazine article written about him; probably not a sign of someone capable of having stable relationships in his life. Zevon never achieved the stardom that Nelson so boldly predicted in 1978; his one major hit was the near-novelty “Werewolves of London.” He cut two excellent albums after Excitable Boy and one great live album, and then virtually dropped off the face of the earth (at least publicly) for five years, when Sentimental Hygiene (recorded with the members of R.E.M. as the backing band) represented a magnificent return to form. After that, sporadic releases for over a decade – all good, all inconsistent, all containing at least a couple of gems.

Then, in the early years of the new millennium, a wonderful renaissance, with the release of what are arguably – along with his 1976 major label debut and his finale – his two best albums: Life’ll Kill Ya and My Ride’s Here (the latter recorded with Paul Shaffer’s Late Show band). He showed up more in public, including a couple of stints as Paul Shaffer’s stand-in on Letterman (who had always been a huge fan).

And then, just as it appeared he might be poised for the greatest success of his career, the Grim Reaper came calling, in the form of mesothelioma – inoperable, and inevitably fatal. Ironically, that made him more famous than ever – one night he was the sole guest on Letterman (when he uttered the immortal phrase, “enjoy every sandwich,” when Dave asked him was he was learning from the knowledge of his impending death), a VH1 documentary, and the recording of one final album (The Wind), with every A-list star in the vicinity coming out of the woodwork to lend a hand. Against all odds, the final product was wonderful, certainly the most consistent and well-produced album of his career. Less than two weeks after its release, Zevon died.

And now, nearly four years later, we have I’ll Sleep When I’m Dead, an oral biography organized and written by his former wife, Crystal, at Warren’s own request. I’m a little more than halfway through it, and it is an amazing account of an amazing life – and not always in the good sense. As Warren himself said, “I got to be Jim Morrison a lot longer than he did.” The book is unflinching in its portrayal of Zevon’s follies and idiosyncrasies, but at the same time it provides remarkable insight into what made him one of the great songwriters of the rock era. The book has been controversial, and many of the comments on Amazon.com reflect a strong aversion to what is interpreted by many as an attempt by Crystal to “take revenge” upon Warren for the many sins he inflicted upon her during their marriage, and after.

I don’t see it that way. Unlike Exile on Main Street, Robert Greenfield’s account of the making of the Rolling Stones’ greatest album (and the debauchery which occurred during the process), Crystal’s book helps to define Warren’s work, and give it meaning. It’s not always a pretty picture, but I don’t think any less of Warren as an artist (or as a person, not that I knew him) after reading these accounts, many of which describe painful episodes and awful behavior.

In the days to come, I’ll be posting several excerpts.
Posted by Jeff Vaca at 11:13 AM

Nice post. You might be interested in a book that I'm currently writing: Everything Is an Afterthought: The Life and Writings of Paul Nelson. An entire chapter is devoted to all of Paul's writings about Warren Zevon -- but it's Paul's preferred text, complete and unexpurgated (for instance, his Rolling Stone cover story about Zevon's battle with alcoholism was cut by more than a third for publication). As well, there will be an introduction to the chapter that contains many "behind the scenes" details about Paul's friendship with Zevon.

Thanks, Kevin, and thanks for the tip on the book - I look forward to reading it.