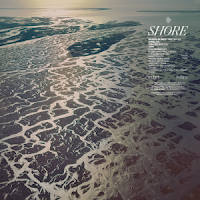 1. Fleet Foxes - Shore.  Over the years I've toyed around with the concept of what I call "Autumn Albums."  Not necessarily albums that were released in the fall, but ones with a signature sound that evokes the feel of the season.  Linda Ronstadt's Simple Dreams is an Autumn Album; I wrote about about it here (dear Lord, more than ten years ago now).  George Winston's Linus and Lucy: The Music of Vince Guaraldi is an Autumn album, as is Frank Sinatra's Where Are You?  Bruce Springsteen's The Ghost of Tom Joad is another, having been released two days before Thanksgiving in 1995.  Great albums all.  Autumn Albums.  When it comes to Autumn Albums, however, it's doubtful that anything that came before it or anything yet to come will ever match Shore.  Having been released at the exact moment of 2020's Autumnal Equinox, Shore literally is an Autumn Album.

In and of itself, being the quintessential Autumn Album would not be enough to justify ranking it at #1.  What allows it to land here is the fact that from first cut to last, over the span of 54 minutes and 29 seconds, it is absolutely gorgeous music.  There isn't a weak cut or any filler on the entire album, and from day to day it's difficult to choose what is the album's best song.  Today I'd probably say "Thymia," tomorrow I might think it's "I'm Not My Season," and the day after that it could be "Maestranza."  And just keep repeating daily, adding a new track until you've fully absorbed the record.  Shore is only their fourth album over the course of twelve years, but it's their best.  A wonderful record.

2. Lilly Hiatt - Walking Proof.  Hiatt's previous work has all been excellent, but with Walking Proof she has fully developed a sound and approach that sounds unmistakably her own.  The album features great rockers ("Some Kind of Drug," which according to Spotify was the song I listened to more than any other in 2020, "P-Town") great mid-tempo ballads ("Rae," the title track, "Drawl", several others), and as the Pitchfork review put it, "winds through moments of incandescent joy, gentleness, cathartic noise, and even unease."

3. Dua Lipa - Future Nostalgia.  I might have this one a little high, but then again I might not.  What I'm comfortable saying is that it reminds me a lot of Madonna's debut, and for me that's high praise indeed.  The album title was well calculated - the record would have sounded new and fresh in each of the past four decades, so you really can feel as if you're delving into nostalgia while wondering if this might just be the sound of the future.  And you can dance to it.

4. Letter to You - Bruce Springsteen.  Speaking of "future nostalgia."  If a couple of these songs sound as old as anything he's ever written, it's because they are - I've been hearing about "Janey Needs a Shooter" for more than 40 years now, and "If I Was the Priest" was one of the songs he sang in his audition for John Hammond all the way back in 1973.  And if one song in particular sounds transparently Dylanesque, well then Bruce can do anything he darn well pleases in this phase of his career.  And if you can have fun deciding which previous album each of these songs would best fit on, well that's OK too.  Overall, Letter to You is as good as anything he's recorded in this century, and better than at least some of the albums he recorded before then.  The E Street Band sounds as good as it ever has, Ron Aniello comes up with a beautiful sound, and "Ghosts" can stand proudly with any Bruce songs you might pick for your own personal pantheon.  It's that good.

5. The Unraveling - Drive-By Truckers.  In my January review of the album, I called it "relentless and unforgiving."  I also called it their bravest album.  They were depicting a world on The Unraveling that felt as if it were about to fall apart.  What we didn't know at the time is that it was.

6.  how i'm feeling now - Charli XCX.  Not surprisingly, there were numerous artists who released "pandemic albums" in 2020.  My favorite was Charli XCX's, because it was so obviously homemade, and perfectly conveyed the fractured nature of the year.  But at the same time, there were several tunes that were as catchy as anything she's ever recorded.  A fractured fairy tale.

7. Reunions - Jason Isbell and the 400 Unit.  Even though I have this album rated lower than The Nashville Sound, the band's previous effort (which I tabbed as the best album of 2017), there's no question that Isbell grows as an artist with each succeeding effort.  The standout track is "What've I Done to Help," a 7-minute magnum opus that poignantly poses a question that we should probably all be asking ourselves right about now.

8. Shallow Graves - India Ramey.  My favorite country music album of the year, from an artist I had not heard of when the year began.  She called the record a "post-apocalyptic western," and in sound it carries - especially on "The Witch" and "You and Me Against the World" - a sense of menace that would fit right in during Unforgiven or The Revenant. My favorite song is "Montgomery Behind Me," in which she leaves behind a town, a bad relationship and quite possibly the remains of someone who richly deserved his fate.

9. Run the Jewels - RTJ4.  Not for the faint of heart.  Come to think of it, "relentless and unforgiving" would work as well as a description for RTJ$ as it did for DBT.  Robert Christgau, who gave the album a rare A+, wrote, "the gangsta sonics that power El-P and Killer Mike's inchoate aggressiveness will feel tonic to anyone with both an appetite for music and a political pulse (you can put me down for both).  The album closer, "a few words for the firing squad," matches in its intensity any music that I've heard in recent memory, and well beyond that.  The rest isn't far behind.

10. Sarah Jarosz - World on the Ground.  It wasn't easy to decide which album would fit into the final spot this year.  Jarosz is another artist with whom I was not familiar when the year began, but fortunately there are numerous online publications that focus on the broad category of "Americana."  The album was produced by John Leventhal, who I've criticized at times for softening the rough edges around his partner Rosanne Cash.  That's not the case here - the sound and the accompaniment are perfect for Jarosz' spare vision.

And as alluded to above, narrowing the list to 10 this year was a bear.  Here are some of the albums that I hated to leave off (in alphabetical order):

Ashley McBryde, Never Will - Not quite at the level she showed on her debut, but still strong.

Beach Bunny, Honeymoon - "Promises" was right up there with my favorite songs of 2020.

Bob Dylan, Rough and Rowdy Ways - The epic "Murder Most Foul" was the song of the year.

Drive-By Truckers, The New OK - Cooley's "Sarah's Flame" right up there with his best.

HAIM, Women in Music Pt. III - Their strongest album yet.

Jayhawks, Xoxo - Still sounding great after all these years.

Lydia Loveless, Daughter - I feel like I've yet to fully plumb the depths of this one.

Ondara, Folk 'n Roll Vol. 1: Tales of Isolation - Addressing the isolation we've all felt over the past 11 months.

Soccer Mommy, Color Theory - An album that seemed to foresee the isolation we'd begin to feel a month after it's release.